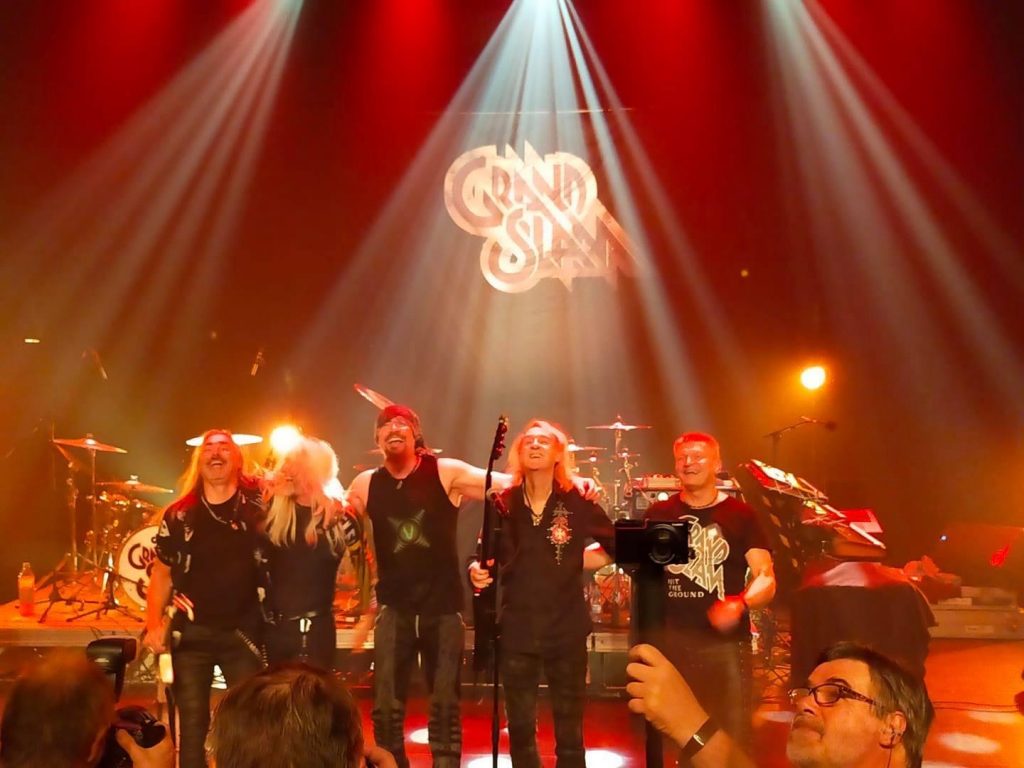 Grand Slam took to social media to announce their headline tour which kicks off on September 15th 2022.

Back in the post-Lizzy days, Laurence Archer wrote and performed with Phil Lynott. Grand Slam was cut short in its prime, leaving a hole in the fabric of rock music. Laurence has nurtured a long-term plan to rebuild the Grand Slam machine, and here it is, blue printed and ready to race.

This new band (Laurence along with Mike Dyer, Benjy Reid (Praying Mantis) and Rocky Newton (MSG/Lionheart), honours the traditions of rock and Laurence’s song writing dynasty, but also looks to the future – the classic tracks sit alongside a set of brand spanking new rock anthems that embody the same ethos of freedom, positivity and adrenalin that ran through Grand Slam in 1984.

“Grandslam are very excited about all our coming 2022 shows, we feel we’ve never had the opportunity to get stuck into playing but now after 2 years of doing the odd show here and there we are looking forward to getting our teeth into a full and proper show, we hope to see all the people that have supported out there and we ‘ll do our best to entertain and give you a storming night of” Hit the Ground “songs and some new material for your ears
Raaaawwwkk!!
Peace and love to all, see you out there when we HIT THE ROAD” – Laurence Archer

With this pedigree, it is no surprise that this band is a live monster, ready and raring to ransack stages around the world.

New album Hit the Ground was released on Marshall Records which the Band is signed to. New material emerging in 2022.

Joining Grand Slam on the tour are The Sons of Liberty and in Nuneaton The Jokers. – (Pressparty)