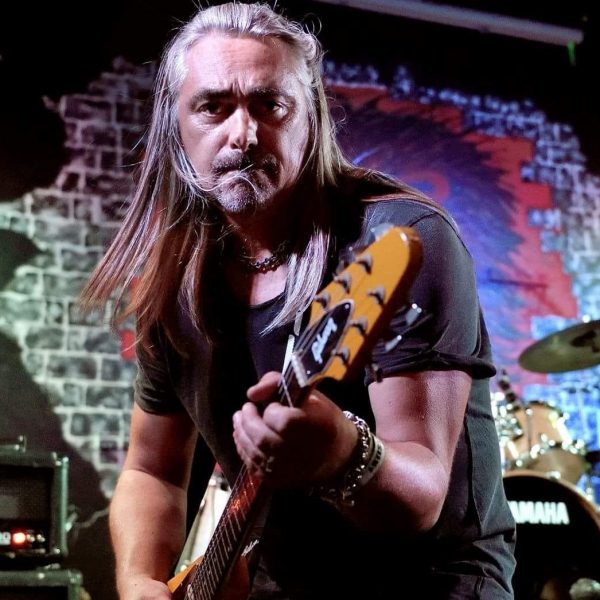 First picking up a guitar at 15 whilst at school, it was seeing Eric Clapton live that really sparked Laurence's love for music. He sold his bicycle and bought a guitar the very next day. Laurence cut his teeth as a founding member of the 80s heavy rock band Stampede. From there he jumped at the chance to play with one of his heroes and formed Grand Slam with Phil Lynott in the 1980's. It was whilst playing with Grand Slam that Laurence took to the stage on tour across the globe until Phil Lynott's death. After Grand Slam Laurence then joined UFO and toured alongside another of his heroes, the guitar legend Gary Moore. Fast forward to today and Grand Slam have reformed, armed with the same ethos of freedom, positivity and adrenalin that has run through their veins since 1984, and with Laurence at the helm once more. 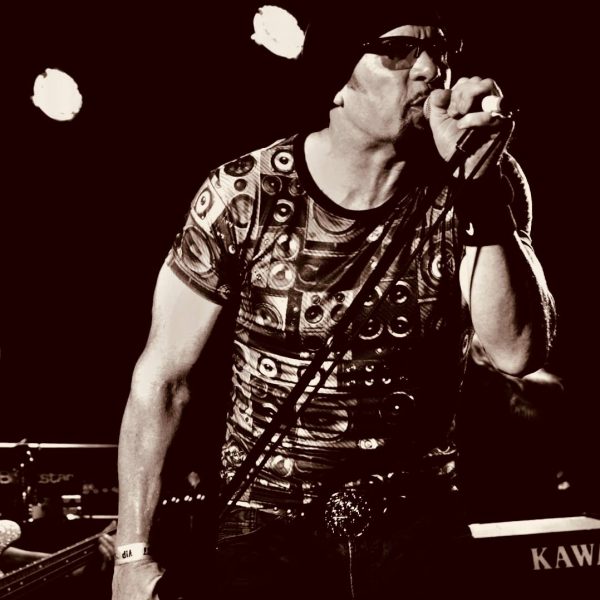 After writing and touring extensively with the band 'Tokyo', Mike formed a Theatre Company and starred in many London West End theatre shows and varied TV appearances. He brings a renewed vigour and approach to Grand Slam, not just bringing the original songs bang up to date, but bringing his own style and charisma to the album and stunning live shows. 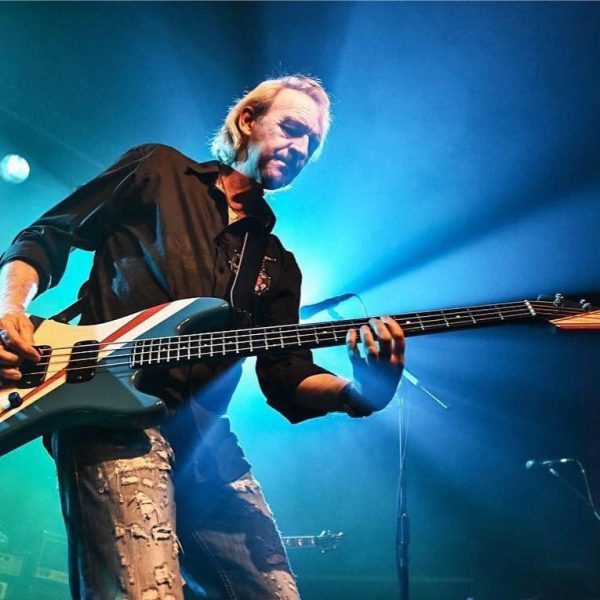 Rocky is a Bass player, Singer, and Songwriter, who formed Lionheart in 1981 with Dennis Stratton from Iron Maiden, Jess Cox from Tygers Of Pan Tang, Steve Mann from Liar, and Frank Noon from Wildfire and Def Leppard. Lionheart toured the UK with Whitesnake, Saxon and Def Leppard, with whom Rocky also recorded backing vocals on their ground-breaking Mutt Lange produced "Pyromania" and "Hysteria" albums. After a few line-up changes Lionheart signed to CBS Records in 1984 and recorded their debut album at the legendary Sound City Studio in Los Angeles, produced by Kevin Beamish (Reo Speedwagon). In 1985 Rocky teamed up with the Michael Schenker Group, which was renamed the McAuley Schenker Group after Robin McAuley joined, and toured Europe as part of the "Monsters of Rock" package with Bon Jovi, Scorpions, Ozzy and Def Leppard. MSG signed a worldwide recording contract with EMI/Capitol Records and toured globally with Whitesnake, Rush, Great White, and The Black Crowes including a headline tour of Japan in 1988 where they sold out 2 nights at the famous "Budokan" stadium in Tokyo, and where the band were presented with gold albums for "Perfect Timing". Altogether Rocky spent 7 years with Michael Schenker continuing to tour and record with MSG through until 1991. Rocky co- wrote 9 songs off the 3 MSG albums he was involved with including the hit singles "Gimme Your Love" and "Love Is Not a Game" from the "Perfect Timing" album and "This Is My Heart" from the "Save Yourself" album. Rocky has done extensive session work throughout his career. In addition to the Def Leppard albums he either sang backing vocals or played Bass on Albums by Saxon, Victory, Girl and even Kenny Ball's Jazzmen amongst countless others. In the 1990’s Rocky played alongside Andy Scott in Sweet and also with Grammy nominated Italian guitarist Alex Masi in Royal Blood. In 2011 he hooked up with old friends Laurence Archer, Danny Peyronel, and Clive Edwards from UFO to form X-UFO who later changed their name to House of X. In 2015 at a House of X show Rocky was asked to join Airrace by their founder Laurie Mansworth. He recorded their 2018 album “Untold Stories” with the band and toured extensively with them. In 2016 Rocky was approached by the Rockingham Festival in the UK to see if Lionheart were interested in re-forming to play there. Everyone agreed except original singer Chad Brown who is no longer in the music business. Lee Small from Shy was recruited as a replacement and so Lionheart was reborn and have since recorded 2 new albums, “Second Nature” in 2017 and “The Reality Of Miracles” in 2020. They are currently recording a new album due to be released in 2022. He toured as a member of Airrace and Lionheart including a double bill tour in 2017 when Rocky played bass for both bands. Airrace is currently on hiatus. In 2021 Laurence Archer asked Rocky if he’d like to join his new Grand Slam line up which he eagerly agreed to and is currently touring with Grand Slam and looking forward to recording a new album and more touring with them in 2022. 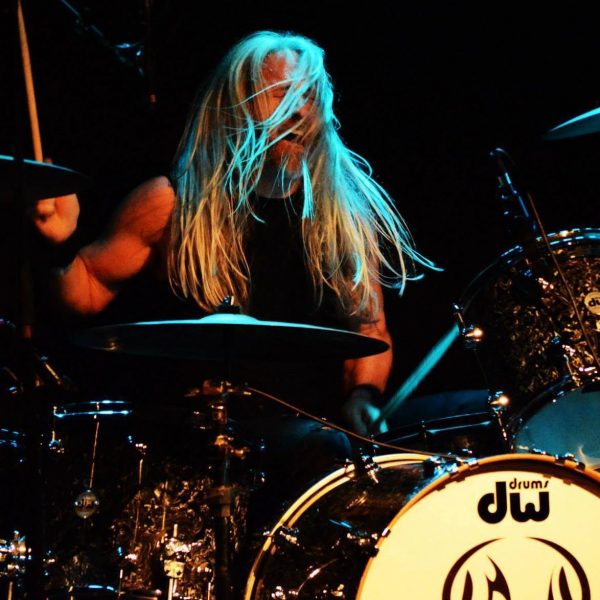 Benjy Reid was a drummer born and has toured the world for more years than you can count on fingers and/or toes. Early days focused on the Yankee Doodle Dandy side of the pond with the likes of Stuck Mojo, Derek St. Holmes and Phil Grande of Joe Cocker fame. Recording and touring continued with even more fervour when he embarked upon English soil.....Debbie Bonham; yes, John's younger sister, picked him out of a vast London club scene within weeks, as did ex Uriah Heep singer John Lawton and New Wave of British Heavy Metal heroes Praying Mantis, all of which Benjy recorded and toured with extensively. Every country, every city, every gig and rock festival - from an Ozzfest in Czech Republic hosting 40,000 to Vive Latino Festival in Mexico City with 70,000 music fans.....he has played it!